I know there's nothing more fulfilling than those days when your well of ideas is filled to the brim and you can't seem to write them down fast enough. Like other writers, I love those days. But as we all know, that doesn't happen all the time.

When no inspiration strikes, a writer has two choices--to sit and wait for the muse to finally find them or to go ahead and write anyway.

What I found is that it might be hard to start writing at first, but often (for me at least) inspiration caught up eventually and it was even more rewarding in the end. I call it creating my own inspiration and it really does work most of the time. If I continued waiting for inspiration, I would never have finished writing most of my manuscripts.

Two weeks ago, I finished my YA novel, Tangi's Teardrops.
If you remember, a few weeks before that, I mentioned that even though the novel was initially meant for middle grade readers, some of my friends from critique circle said it would be better suited for young adults. But the novel was complete and I had no idea where I was going to pull all the ideas from in order to increase the word count. Of course there was a lot more than just increasing the word count. A complete rewrite was required.

To cut the long story short, I did eventually find the ideas and to tell you the truth I'm still amazed at how much I came up with in such a short amount of time. Some days had been easier than others.

During the two week period, I refused to stop writing even when I felt I wasn't inspired enough. I sat my butt down and wrote anyway. After a while, ideas started flowing and before I knew it, I had written, The End.
Last week I submitted the manuscript to my editor. I plan to self publish the novel before the end of the year and I'm so excited.

In December I also plan to send out query letters for my contemporary romance novel, Chocolate Aftertaste, which is ready (I just dread the process of writing query letters and synopses).

All in all, by finally testing the waters of both traditional publishing as well as self-publishing, I believe I will be ending the year right.

Before I go, here are two refreshing photo inspiration for you. They were taken during my honeymoon in Rhodes, Greece over a year ago. 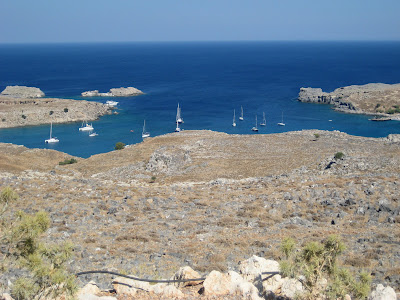 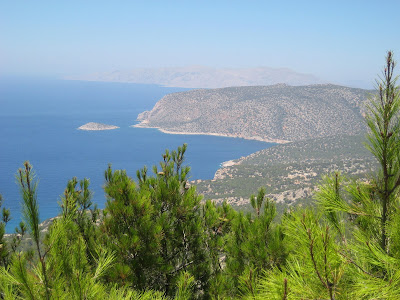 Have you ever felt that writing is your safe haven? I do. Last week I didn't have such a great week and it was work related (My fake job, which pays the bills as opposed to my real job, writing).
Anyway, on Friday, I was really stressed and a little low when I got home. Then I thought about the novel that I'm currently writing and just felt an immediate lift of spirit. Sometimes during the day when something doesn't go my way, I also just think about myself as a writer, my books and everything that goes with it and I feel so much better. That is the real me and in my world as a writer, I can can dream and create people, places and circumstances from nothing. I can be myself and have things the way I want them to be. Writing, to me, is like a warm bubble bath after a long stressful day or warm, cuddly socks on a cold. Once I sink myself into it, everything is okay with the world.  I can step out of the real world and create my own.
I really thank God for my talent. I can't imagine not being a writer. It's just the most beautiful gift anyone could have given me.
How does being a writer make you feel?

Liz
Posted by Liz Grace Davis at 1:41 AM 5 comments